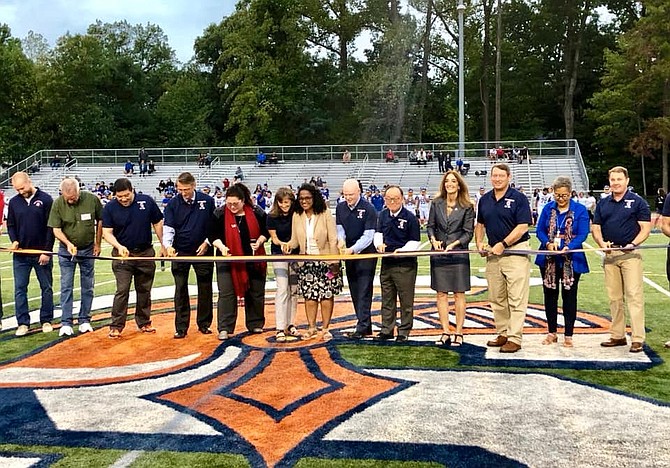 The brand new dance studio for the nationally ranked team (they were on America’s Got Talent).

Back then, Supervisor Herrity had enlisted the help of other elected Spartan alumni including former Del. Dave Albo, Clerk of the Circuit Court John Frey, then Sheriff Stan Barry, Commonwealth’s Attorney Ray Morrogh, and Supervisor Mike May in Prince William County. Together with Erik Hawkins, Leslie Carlin and other members of SOAR West Springfield, they were able to get the school in the renovation queue, funded and now completed. The planning process began in 2012, and has now been completed nearly 7 years later in 2019.