Popular Golf Spot May be Going Away
Votes

Popular Golf Spot May be Going Away

Landowner looking for other options as the Top Golf business model has expanded; everything on hold for now. 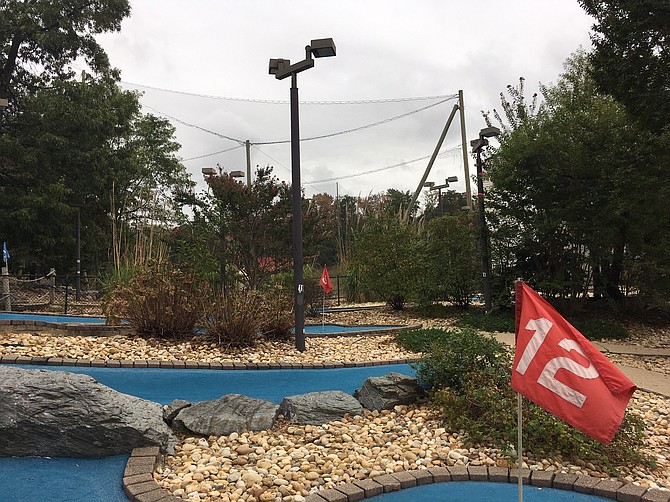 Top Golf in Kingstowne may have it's days numbered. Photo by Mike Salmon.

The Top Golf facility in Kingstowne may be going away soon, as the landlord looks for other options for the land, which may include new housing 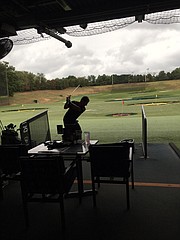 The Top Golf facility can be a driving range to some or a computerized golf game, and there's a miniature golf course there as well.

It’s not that simple though, said Supervisor Jeff McKay (D-Lee), who would like to see Top Golf stay but realizes it’s not a county decision. It’s the case of a private landowner lease to a private tenant, he said. “I’d be perfectly content if they stayed there forever,” McKay said. “We have no control over it, the by-right plan is not desirable,” he said. By-right development means the landowner has the right to develop the land as they wish providing it is within current zoning parameters.

McKay pointed out the new Top Golf at National Harbor, which is much bigger, has a grandiose entrance that looks more like a professional sports venue, and can handle more people. There are several eating and drinking areas, some with computer games and pool tables. When the National Harbor venue opened, “they knew ultimately that place [Kingstowne] would cease to exist,” McKay said.

If the 275 residences are built, as the Fairfax County Board of Supervisors meeting announcement sign says, that will bring about 500 additional cars to an already crowded corridor there on South Van Dorn Street. The light at Van Dorn Street and Franconia Road is a few hundred yards from the Top Golf, and traffic backs up there on a daily basis. There is talk of redoing that intersection, with Van Dorn going under Franconia, but that is years away, and the traffic management involved with a project like that is a thing that brings nightmares to the local commuting scene.

McKay and his staff have looked at the potential traffic among other things when they came up with an alternate plan, but the first plan was shot down in the planning meeting. It’s back to the drawing board to think of some new planning language before presenting it again.

“Everything is on hold,” McKay said, including the issue coming before the Board of Supervisors on Oct. 29. McKay thinks it will get rescheduled and nothing will happen until at least next winter. “The county plays no role in the lease,” McKay said.

Golf as a Sport

For golfers in this part of Fairfax County, this is the second closing of a golf facility in recent years. The Hillside Golf Course on Telegraph Road was closed a few years ago to make way for a residential complex of condominiums and townhouses aimed at the 55+ crowd. That golf course had nine holes that were built atop a recycled trash dump, and each hole had an alternate set of tees so it could play like an 18-hole course. The course was open a few years and originally there were plans for a bigger course, with golf course homes, but this was scaled back.

This situation with land development and golf courses is a nationwide challenge, said Jay Karen, the CEO of the National Golf Course Owners Association. The amount of land it takes isn’t economically feasible, especially given that the up and coming generation hasn’t adopted golf like previous generations.

The NGCOA number have shrunk about 10 percent in the last 15 years, and the “association mirrors it’s market,” Karen said. In 2005-2006, golf hit its highwater mark, which was right around when Hilltop opened, but it went down from there. “More demand could solve a lot of problems,” he said.

The new homes now at the site near Jeff Todd Way are called The Crest at Alexandria, and it consists of single-family homes, elevator townhomes and condominiums “from the low $400’s,” the website states. The condominiums are a “55+ Active Adult Lifestyle community.”